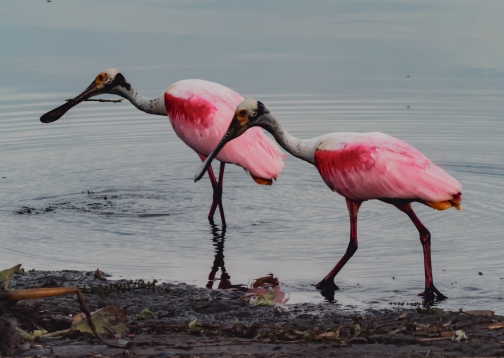 The Star of the Day was really hard to choose. Of course, my immediate choice, and likely the one Andy intended, would be the spoonbills. 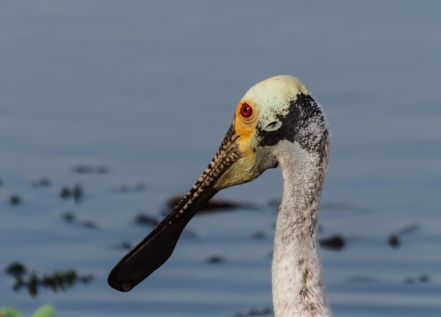 And you really can’t miss taking photos of them, unless you are me.  😦

This being my first workshop and its first day, I was understandably a bit anxious.

My mind went blank as I tried to manipulate the camera.  Having just gotten off the airplane, I didn’t think to check the switches and controls to make sure they hadn’t gotten bumped around. 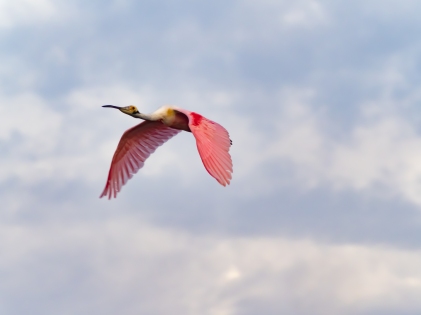 They did, and my photos proved it.  The first few were dismal failures.  The ensuing ones weren’t much better.  Andy, the true master and patient instructor, dug into the menu and re-set some vital settings, but the rest was up to me.

A hard lesson to learn, but I learned it:  Know your gear.  Be more than familiar with the settings and switches.  Train your muscle memory to know them by touch alone.

Even so, I entirely flunked birds-in-flight.  The “good” ones were those taken from a distance.  But, they were too distant to be “good.” 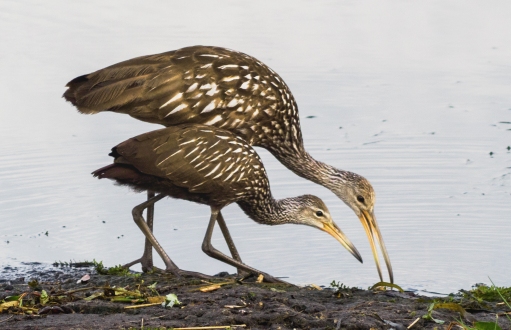 But the stills weren’t so bad, even if they were only “portraits.”  Birds-in-flight skills will take time and practice.

The second lesson learned on Day 1 was not to insult other photographers who give you their business card by telling them no thanks, you have already hired a brilliant expert to guide you. 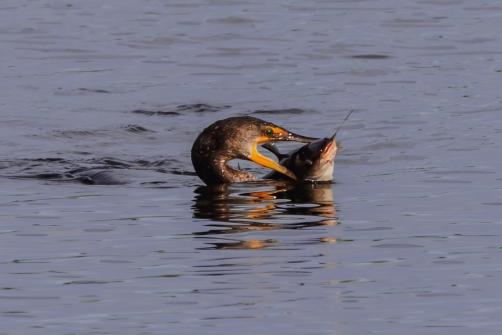 The thing is, if you are a famous photographer who has written books and all that, your work should speak for itself.

You shouldn’t have to tell strangers all about your legendary talent and then attempt to lure customers from your colleages.

I was amazed at the variety of Florida wildlife I saw that day.

Most amazing (to me, a Yankee from western NY) were, of course, the alligators.  They were everywhere! 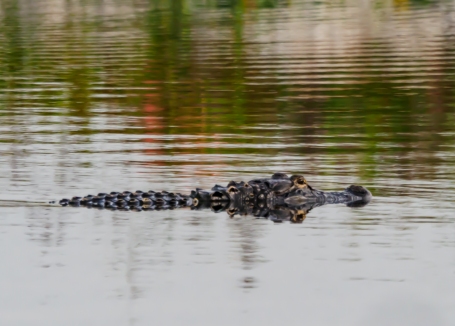 But, back to the Star of the Day.

Even before we arrived at the lake, we stopped roadside to see a raptor’s nest.  This wasn’t just *any* raptor.  It was the nest of a caracara, and both mom and baby posed nicely for us for several minutes of picture-taking.

Oh, how I wish I was a better photographer!

And then there were the sandhill cranes. . .again, seen simply on the side of the road. 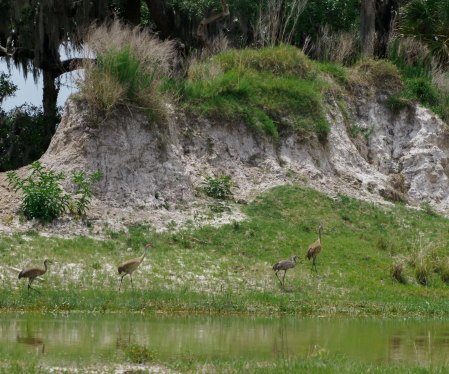 What was spectacular about these sandhill cranes is that they were moseying along near a group of (what else?) sand hills.

And a double-crested cormorant — not so exciting in and of itself. . .

. . .but its struggle to consume a catfish (?) nearly as big as it was made it something to see!

And the mamma limpkin with her baby, strolling for a snack.

Rounding out the category of not-so-amazing-but-truly-amazing-nonetheless was a lovely eastern meadowlark singing its heart out.

It didn’t even hear me coming. 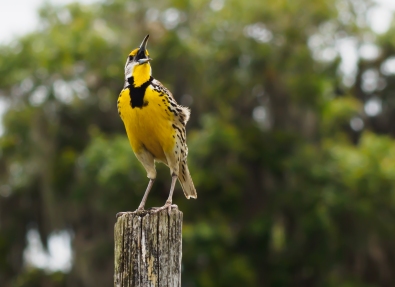 It was singing so intensely that it allowed me to get some good captures with the camera.

I took far too many photos with far too few keepers.  But it was a glorious day for wildlife!

And even though I have lots to learn, I think I can put in the necessary practice, now that I know HOW to practice.

All in all it was a wonderful first day. 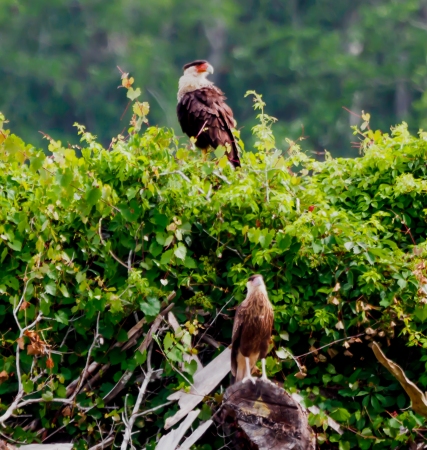 With lots of stars!