A couple of ewwwwww photos from Sterling today transformed Tuesday into a real  TEWWWWWsday.

Well, not completely.  There were some sweet photos of mamma herons, a mamma eagle, and some pretty flowers.

But definitely a good portion of ewwwww.

Sometimes when you see a dark thing sticking up from a soggy bog bottom, it’s inanimate and harmless.  Maybe it’s just a branch or perhaps a big rock or something.

But look again.  This one has nose holes and a dark eye!

And if it has nose holes and a dark eye, it’s probably the head of a very large, very scary snapping turtle, which definitely falls into the ewwwww category.

Of course, garter snakes are rather harmless, or so I’m told:

But they have a forked tongue and slither through the grass.  And they are neither warm nor fuzzy.  Ewwwww.

Seen closer up, they warrant a more emphatic EWWWWW, written in all caps!

There was much nicer nature at Sterling today, too.  The rookery never fails to delight, even though the herons are still pretty much egg-sitting.  I didn’t see any little heads popping up on the nest edges — maybe they need another week or two to fight themselves out of that shell. 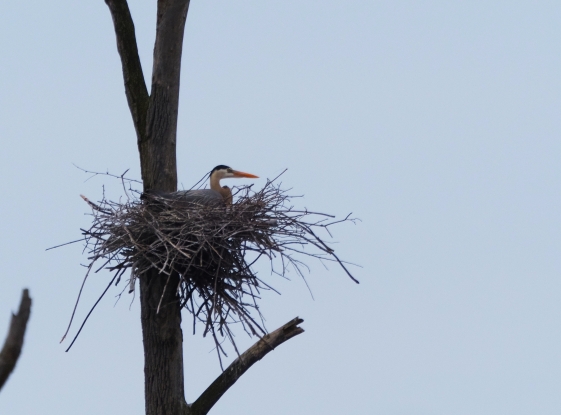 The eagle family has welcomed at least one (and quite possibly two) little hatchlings.  Now  Mamma Eagle can get up and stretch her wings. . .

. . .while Papa Eagle keeps a close watch nearby. 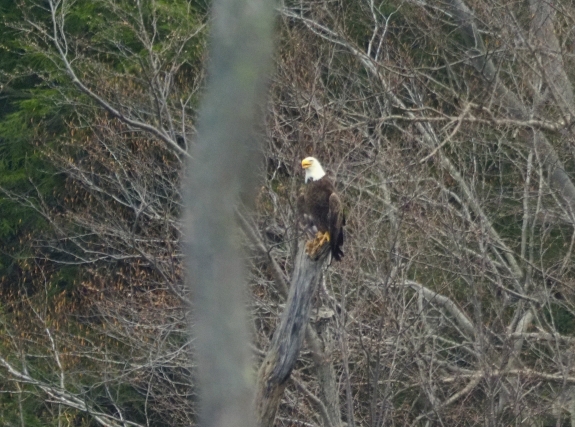 Anyway, there was lots of beaver evidence along the heron trail and on the banks of the outlet stream.  This is definitely one of the more artistic beaver-carved stumps I’ve seen.

It wasn’t long before I found the artist, or maybe a relative thereof: 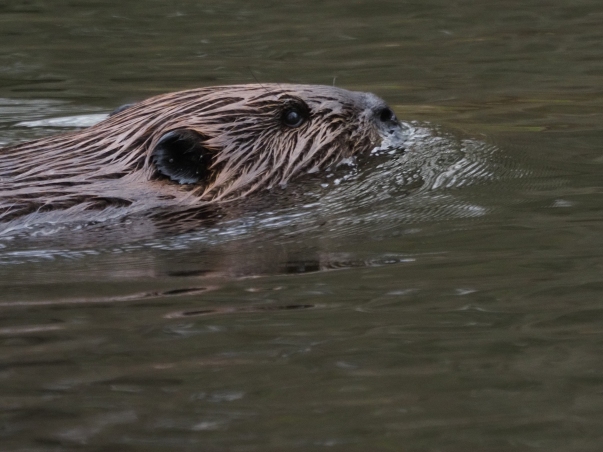 When I saw him/her, we were both intent on avoiding the snapping turtle, so s/he took a turn to the southeast, and I hurried along the path. 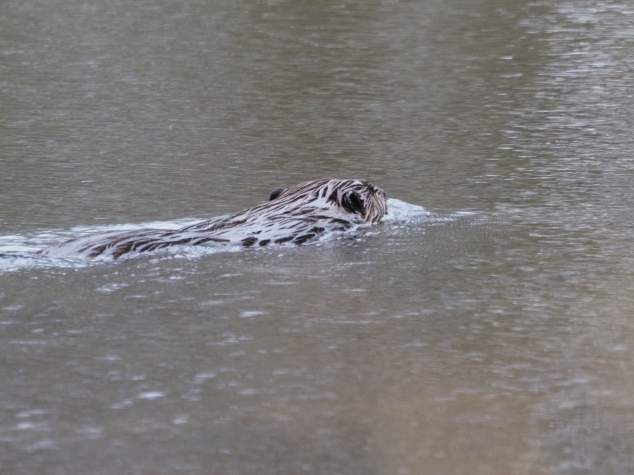 I’m happy to say that we were both successful.

All this plus a little bit of flourishing flora turned this Tuesday into a good mix of ewwww and ahhhh.  Which pretty much defines every day spent at Sterling Nature Center. 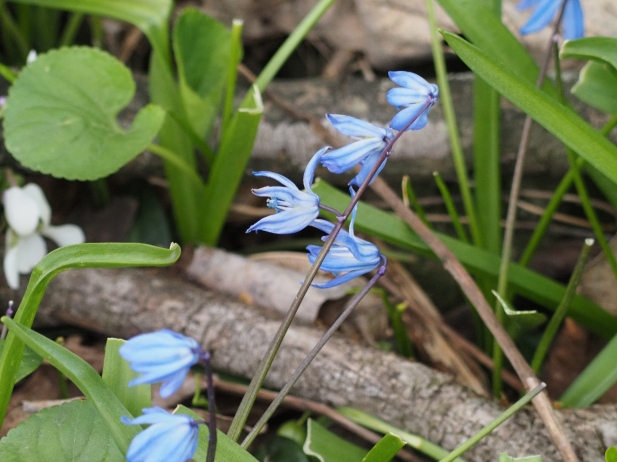