Winter is slowly losing its grip on western New York. Eaglets are hatching, osprey and herons are nesting, and ducks, geese, and swans have found their mates.

Although spring arrived meterologically on March 21, it wasn’t really spring for us nature photofolks until April 1st, when the gate to Wildlife Drive swung open.

Today was sunny (and warm!), so I packed a lunch and a couple of cameras into the car and headed south on Rt 89.

After last year’s no-water fiasco, it was gratifying to see decent levels in all the pools and marshes lining the Drive, decent and deep enough to have attracted much of the wildlife that have been driven away over the past four summers of “mimicking nature” by “simulating drought.”

(For the uninitiated, see Montezuma Waterfowl Refuge? here on this blog.)

Although I saw no muskrats, there were so many lodges that I stopped counting at 22.

Muskrats are clever little things — they build their houses with cattails and sedges, so in times of need they have a ready stockpile of food.

They are quite generous in sharing their homes with geese and ducks, who nest on the top floor.

Muskrats need to be in and around the water, though, so seeing so many lodges is a hopeful sign of healthy water levels.

The Eagle Tree was empty today, but I did catch a juvie resting nearby. Earlier he had been fishing way out in the main pool, frightening both the fish and a couple of osprey who were also hoping for a meal.

There weren’t many egrets; in fact, I saw only one, but it did not disappoint.

I saw only one great blue heron, and this on a brief fly-by; nobody else was fishing except for a single pie-billed grebe.

There were a few ducks foraging for vegetation and, of course, there were Canada geese squawking and nesting, but all in all it was a quiet day on the Drive.

I did see a couple of Fish and Wildlife agents doing bird counts, so I rolled down the window to ask whether they had plans to “simulate drought” this year.

The gentleman replied, “We aren’t going to drain the main pool, only a couple of the smaller ones.”

He said this was necessary to ensure an adequate supply of duck-friendly vegetation for the fall migration.

This is where the conversation became interesting.

When I asked why they were concerned about getting enough food in for the fall migration but apparently had no worries about the supply during spring migration, he thought about it for a minute before admitting “That’s a good question,”

His companion, though (I’ve seen her before, I think her name is Jackie), had a ready answer. The harsh winter weather, she said, would prevent anything from growing on the marshes. Instead, “The spring migrators forage on local farmland.”

When she said that, my eyes rolled so far back that I could see my brain.

On local farmland? Does she really think that the “harsh winter weather” affects only marshes and not the surrounding farmland?

Does she really think that “local farmland” is planted with a winter crop of duck food each year that flourishes despite the “harsh winter weather,” just to help the MNWR attract ducks?

She was unable to tell me exactly where I could find “local farmland” crowded with foraging ducks.

What planet is she from, anyway?

In any event, these two agents very clearly dispelled the myths surrounding the MNWR managers’ penchant to “maintain the marshes [under their care]” by “replicating natural weather cycles” and “simulating drought.”

“We get our money from duck stamps. We have to document that we are doing everything we can to make this a duck habitat in order to get that money.”

When I protested that this practice supports ducks but exploits water-resident species and the wildlife that feeds upon them, he retorted, “this isn’t for your entertainment.”

What planet is HE from?

My point is an important one. But it lies way beyond his grasp.

For those who may not know, the U.S. Department of Fish and Wildlife Service has a website where they explain “If you hunt migratory waterfowl and you are 16 years of age or older, you are required to purchase and carry a current Federal Duck Stamp. . .”

No duck stamp, no license.

No license, no hunting.

At $25.00 a pop, the sale of Federal Duck Stamps generates a small fortune for the national wildlife refuge system — 98% of the stamp income “goes directly to help acquire and protect wetland habitat,” or so says the U.S. FWS.

Since the Montezuma people definitely want their share of that 98%, there is no doubt that they will continue to distort the marsh food web by “simulating drought” year after year to ensure a good supply, not only of duck food but of ducks — not necessarily for the duck stamp money, but ccertainly for the November hunting season.

Which will ensure the very fish that the U.S. FISH and Wildlife Service are supposed to protect, are dried up and killed.

And that the very wildlife that the U.S. Fish and WILDLIFE Service are supposed to protect, will have to find food sources elsewhere.

Query: If a duck-hunting season was established to coincide with spring migration, would MNWR officials be motivated to lure the ducks from “local farmland” by ensuring a food supply directly on the marshes? Just like they do in the fall? Asking for a friend. 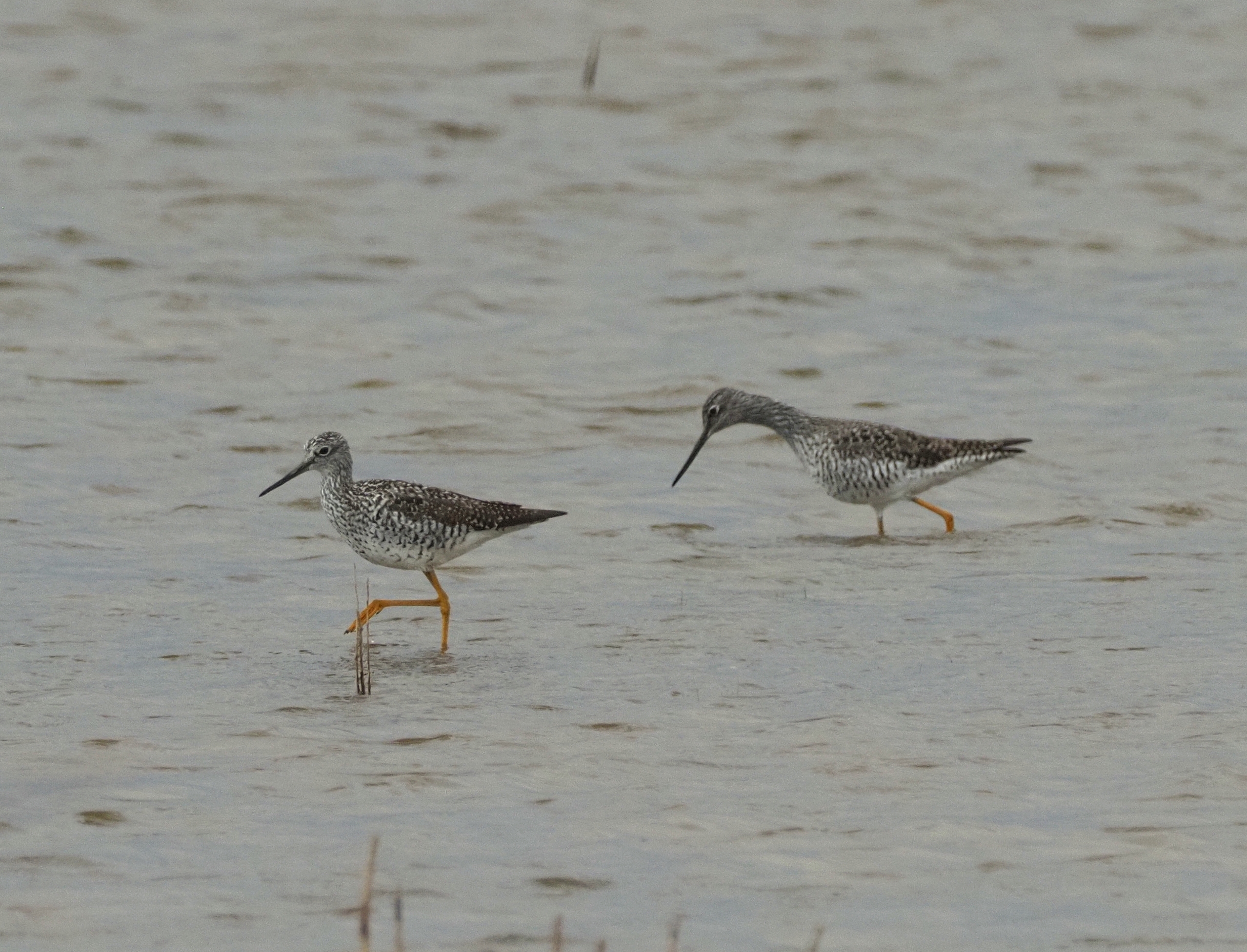 Anyway, I circled the Drive a couple of times before the temperature dropped and storm clouds gathered.

And then I shook my head sadly all the way home.

Because I realized that I had been lied to.

Here’s the scoop: According to the advocacy group, National Wildlife Refuge Association, duck stamps are only one source of refuge funding, and a minor one at that:

Nearly all the funding that the Refuge System receives is through the Operations and Maintenance (O&M) portion of the federal budget. Other smaller contributions to national wildlife refuges come through legislation like the federal transportation bill, Great American Outdoors Act funding, supplemental funding from things like hurricane or fire relief” 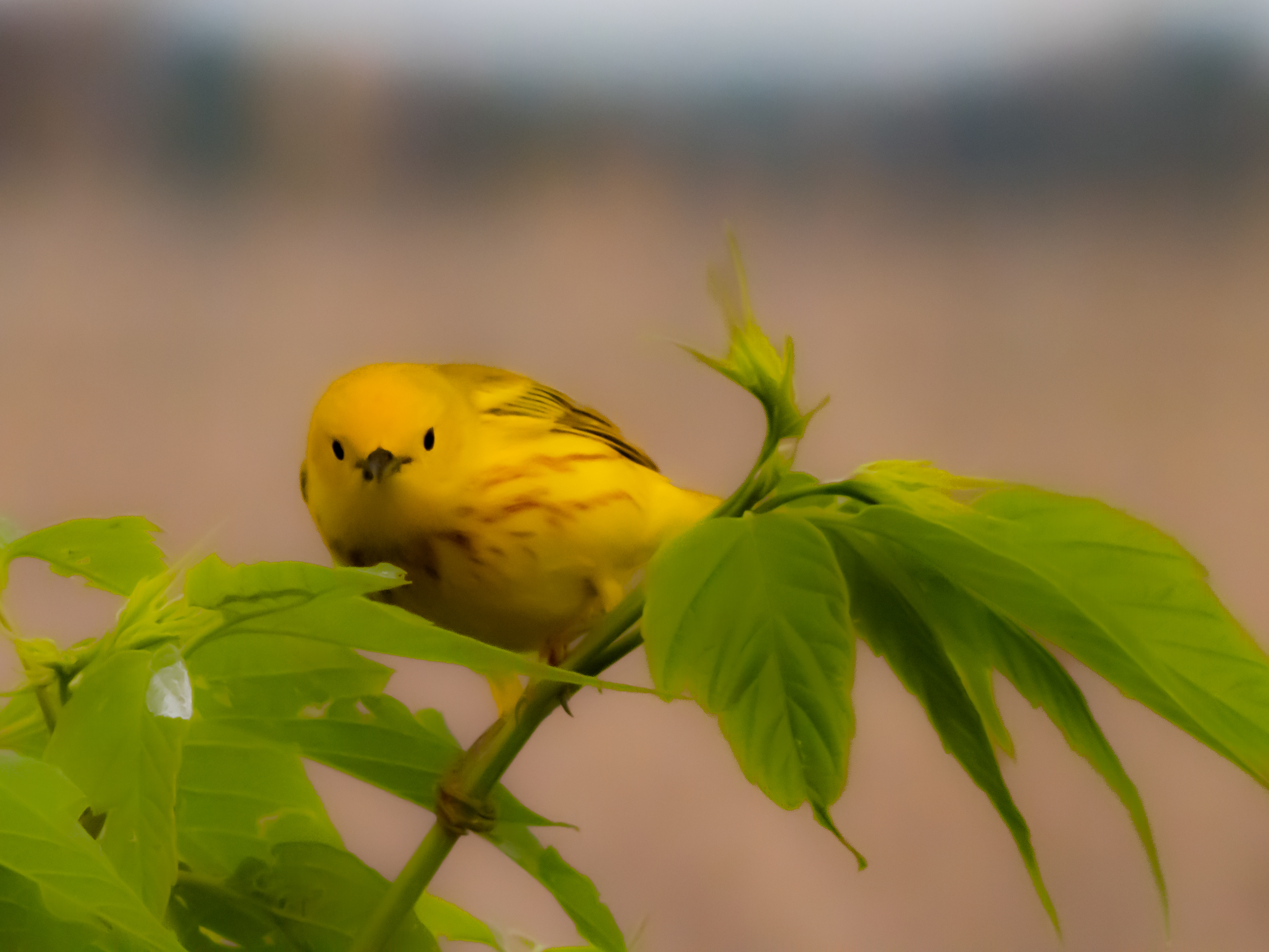 The income from duck stamps is one of several federal programs that provide grant funds, not operating funds.  These dollars pay for wetland restoration and refuge expansion.  (A portion also goes towards “philately,” and since duck stamp artists don’t get paid I assume that this money is set aside to produce the duck stamps).

“Wetland expansion”is where our friends from Ducks Unlimited jump in to the duck stamp fray.  They explain it like this:

All proceeds from federal duck stamp sales are deposited in the Migratory Bird Conservation Fund (MBCF), which was also established by the Duck Stamp Act. Duck stamp dollars typically account for 40 to 50 percent of funds in the MBCF; import duties collected on arms and ammunition are another major funding source.

But wait, there’s more!  These dollars don’t actually buy land, they buy easements — with assistance from the realtors employed by Ducks Unlimited.  One of these realtors is Randy Renner:

A big part of what our conservation and realty specialists do is to help develop interest in easements among private landowners,” Renner explains. “We also do a biological evaluation of each property and work with the landowner to come up with an ideal agreement for all parties involved.” Renner says DU and the USFWS process over 500 easement contracts annually.

Renner would like you to think that Ducks Unlimited uses its own money  “to directly purchase easements that are then donated to the USFWS.”  But he admits that DU funds are supplemented by “public funding”  — government grants that are, directly or indirectly, funded by American taxpayers who may or may not agree with DU’s self-serving philosophy and who may or may not purchase duck stamps depending thereon.

So, Ducks Unlimited, a private entity and financial partner of Montezuma National Wildlife Refuge, promotes its pro-hunting agenda using inter alia taxpayer and duck stamp dollars to supplement what it calls their “philanthropic contributions” to the US FWS.

It saddens but doesn’t surprise me that MNWR thanks its friends at Ducks Unlimited, for their “philanthropic contributions” by using duck stamp dollars to dry up the marshes — under the guise of “wetland restoration” — year after year to grow duck food and thus provide DU (and other) hunters with a good supply of ducks just in time for the fall migration and its concomitant duck-hunting season.

Am I the only one who sees a conflict of interest here?

I suppose it doesn’t matter.  Here in Corporate America, Ducks Unlimited is a big business.  And we all know that big business puts the power in the hands of the moneyed few.  My voice is drowned out by the voice of Ducks Unlimited.  “We all benefit from land acquisition,” states another DU employee, who is apparently unconcerned that the DU/US FWS deals acquire no lands.  “So, buy a duck stamp—actually, buy two and do twice the good. It’s a great investment for our kids and grandkids.”

A great investment for our kids and grandkids who will be trained by DU to enjoy killing ducks.

Update, May 15, 2022:  Remember those muskrat lodges that I stopped counting once I reached 22?  They are gone, all but a few.  So is the much of the water in the main marsh pool.  Let the fishkill begin!