A Different Kind of Nature 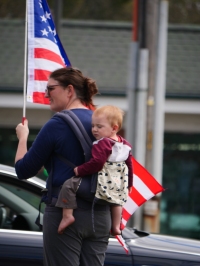 He’d rather be napping

Human nature.  I ran into some of it yesterday.

Nobody likes being told what to do or when to do it, especially me.

But these are hard times.  CoVid-19 is a thing unknown.   Extremis malis extrema remedia, no?

When I left work yesterday around noon, horns were honking and cars were gathering in the shopping center parking lot across the street.  “Oh,” I thought, “they must be having a graduation parade for the 2020 seniors.” 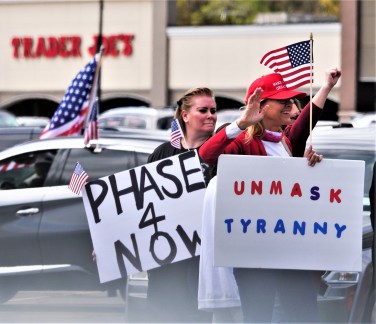 They were gathering to protest the continued closure of much of New York State due to the Covid-19 pandemic.  This was one of several gatherings sponsored by — not sure if “sponsored by” is right, maybe “affiliated with” is a better description — a group called #RestartingRoc, members of which, according to at least some of the participants, include fans of the conservative Shannon Joy Show (Radio AM 1180), local Trump supporters, and “WxLive,” hosted on Facebook by former Channel 10 weather forecaster Jeremy Kappell. 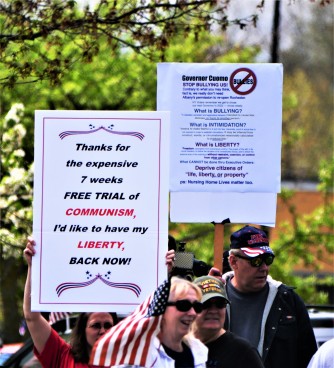 It didn’t surprise me that the event defied the statewide ban on large gatherings because that’s been occurring on a regular basis in Rochester — and not for just protests, either.  But I was surprised that protests like this continue even after parts of New York State, including the counties here in western New York, have already begun the first phase of reopening.  And Monroe County, where this event took place, is one of them!

I am not sure how I feel about protests like these. Rochester has already begun opening, so it’s not clear to me what they wish to accomplish.

I understand that many New Yorkers have been hard hit by the corona viral illness as well as the personal, social, and financial sequelae of shutting down the state in order to contain it.  I admit to being quite irritated with Governor Cuomo for issuing statewide restrictions designed to protect the concentrated populations downstate but doing little besides aggravate and unnecessarily restrain those of us in the hardly contaminated upstate.   And I am a firm believer that the last thing our health care system needs right now– or at any time, for that matter — is a bunch of politicians telling it what to do.

Furthermore, I count myself as part of Team Kappell, because it is my opinion that Mr. Kappell got a dirty deal from Channel 10 (who bowed to political intervention) AND the courts (which are slanted in favor of employers. . .even bad employers). 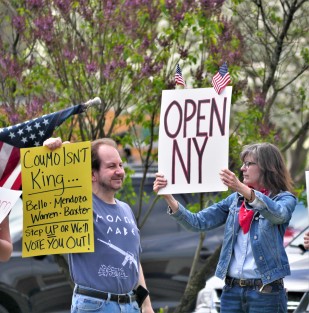 Cuomo isn’t king. . .but he is a Democrat.  Is that what he is protesting?

However, I am not one who believes that all news is fake news unless it pleases the political far right and/or originates on the Fox network, and I am fairly certain that the healthcare directives, although issued by politicians, have emanated from studies conducted by trained and trustworthy scientists.  For those reasons I do wear a face covering in public.  It doesn’t matter whether or not I believe in the science behind the executive order — smarter heads than mine have concluded it is valid.  At worst, it causes no harm; at best, it may indeed prevent me (and others) from spreading the virus.

That is also why I preferred to observe the demonstration rather than participate in it. I don’t agree with President Trump (or his followers) that Democrats were making the novel coronavirus “their new hoax.” 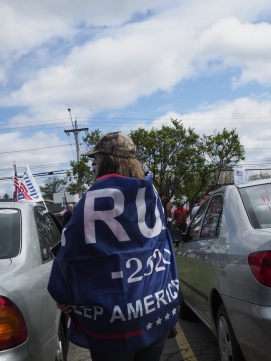 More importantly, I don’t believe Mr. Trump when he says “it will go away,” the implication being that we need pay no attention to it. Oh, it will go away — but not without sickening and killing more Americans, Democrat and Republican alike — unless we face it head-on. Extremis malis extrema remedia, remember?

RestartingRoc has held similar demonstrations in the city itself and elsewhere.  But the fact that this event was held in the rather expensive and exclusive suburb of Pittsford was surprising and a bit disconcerting.  Pittsford Plaza and Trader Joe’s doesn’t exactly represent the people; they represent only some of the people.  And the ones they represent aren’t the ones who are truly affected by the novel coronavirus and its extensive ramifications. 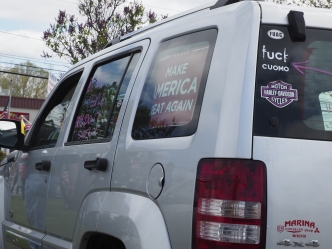 This event was a prime example of being a day late and a dollar short.   Phase 1 reopening is currently under way, and an even more liberating Phase 2 is just two short weeks away.   Yes, the shutdown was ugly, but the protests, in my opinion, are even uglier.  I don’t see how our inherent God-given rights have been trampled upon. . .unless we are talking about our “right” to infect others with a disease that could result in death, and besides, I’m not sure if that is a “right.”  Nor do I believe that irresponsibility is a “right,” even though Health and Human Services Secretary Alex Azar thinks it is “part of the freedom that we have here in America.”

I agree that a great many of us made some social and financial sacrifices that we wouldn’t have made without an executive order, but branding that order as tyranny or communism is just a little bit extreme.  We weren’t asked to go to war and kill others; we were asked to wear a mask so we don’t kill others.  And besides, Roc was reopened before this rally took place, so what’s the point? 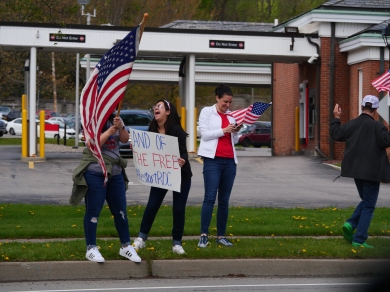 Protesting can be fun!

I guess I just don’t know.

Following are some additional photos taken from a safe distance across the street. 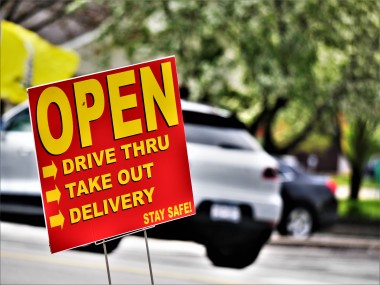 In case anyone was wondering, it was across the street at McDonald’s golden arches where food and refreshments were available, Covid-19 notwithstanding, and I thank the employees who allowed me to loiter a bit in their parking lot.

The protest was reported by Jeremy Kappell, who posted a video on his Facebook page: