Was happily clicking the shutter button when the dreaded error appeared: 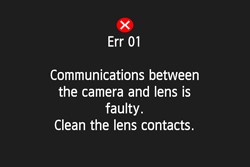 Easy enough, with a Q-Tip and some 90% alcohol.  But the error message remained, even with the camera turned off.  Removing and then reinserting the battery got rid of the message, but now I had a black screen.

The problem wasn’t the lens; it worked fine on the 77d.  So, there I was in the middle of Rochester facing the awful truth:  My beloved camera, with an ordinary flick of the shutter button, had suffered the equivalent of a massive heart attack.  It was dead. 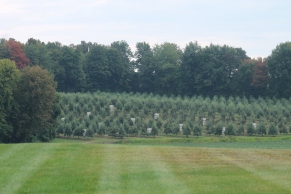 My beloved 1100d!  Oh, I know it has only 9 focus points and a mediocre 12.2 mp sensor.  I know it is probably 9 years old, which in camera years is something like 4 to 6 years beyond its “best if used by” date.  I know I have to let it go, because here in America it is considered less than useful, a “gray market” camera.  But what does America know, gray market or not, it’s my beloved camera!  And now it’s dead.  😦

My very first camera was also gray market and equally cherished.  It had been given to me in 2016 by a very dear friend.  It was a Canon 450d (a Rebel xSi in Ameri-Speak).  I loved that camera and took it everywhere.  My very first nature photo (which I can’t show you because it’s sooooo bad) came from that camera — and so did many others.  However, it, too, suffered an unexpected demise when one day, when I had had the camera for about 2 months, I pressed the shutter button — and the whole assembly sprang apart.  Talk about terror!  I picked up the pieces and tried to put them back together — no luck.  I broke speed records getting to the camera store in Rochester, much as one would rush a sick child to the emergency room, only to hear those terribly truthful words, “I can’t fix this, it’s gray market.”  What do you mean, “gray market”???  I poured out my story — it was a gift! from a friend! who lives overseas! I love this camera! and can’t live without it! but if it couldn’t be fixed then I needed another one, just like it, so she would never know.  Well, they did have a Canon xSi, and they could  cover the offensive American numbers with gaffer tape but only if I came up with $179.00 plus tax (which at that time I had to scrape together).  I eagerly forked it over, the xSi would have to do. 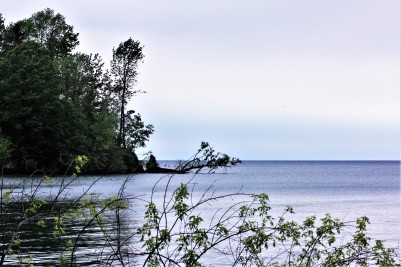 Well, THAT camera should have been euthanized long before it got to me.  It had what I would call “shutter shudder,” meaning that every time I pressed the shutter button all of the innards would wiggle around.  You could feel it.  And you could hear it, too — so much so that those around me would turn around and look for the source of the noise whenever I took a photo.  But it did produce decent photos like this one, even if I didn’t have a clue about what I was doing.

That camera lasted only about a year (I’m beginning to think I’m a certifiable camera jinx).  On July 29, 2017 I was heading to a fiddle fest in a nearby town.  After a quick stop at McDonald’s golden arches, I carefully placed my lunch and the camera, extra batteries, and tripod into the car.  I was planning on taking candid shots of elderly fiddle players, hoping that a Willie Nelson look-alike would stare blankly at my 18-55mm kit lens for a photo that would impress National Geographic and have them begging me for the rights.  Fortunately, the elderly fiddlers and National Geographic were spared that experience because, unfortunately, a rogue, off-duty sheriff decided that the driver ahead of him was traveling far too slowly and the coast was clear for him to pass. . .except that it wasn’t, not until he cleared it by punting my car like a football into a ditch with his brand-new Mustang.  The camera, tripod, lunch, and me were sent flying head over heels.  I was airlifted to the nearest trauma center with serious injuries that eventually healed (well, as much as they are going to heal); however, my lunch, camera, and tripod died instantly in a twisted pile of metal, plastic, and two all-beef patties, special Sauce, lettuce, cheese, pickles, onions on a sesame seed bun.

Very soon after, my dear friend traveled half-way around the world (literally!) to help me heal, and she brought the 1100d with her, all wrapped up in love, concern, and special dreams that didn’t die in the accident.  So you can understand why I just can’t just shrug my shoulders and toss my beloved gray-market companion into the nearest waste bin as if it were. . .well, some kind of  gray-market camera.  To me, it is the gift of a lifetime from a wonderful friend that only some of us are lucky enough to find in our lifetimes.

Rest in peace, my dear gray-market companion, and thank you for the lessons you taught me — about photography, friendship, and life itself.

← Love ’em or Loathe ’em?
A Different Kind of Nature →