Three Eagles and a Tripod

Soon to be three eagle families!

Certainly a harbinger of spring 😉 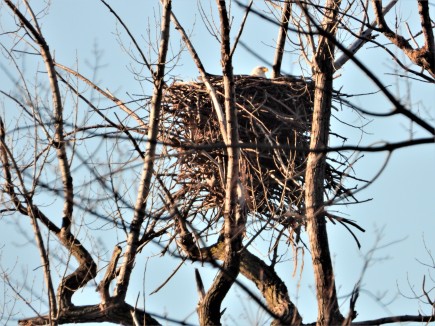 This young lady, who only a week or two ago was calling for a mate, is clearly sitting on something!  The results are about 3-4 weeks away. 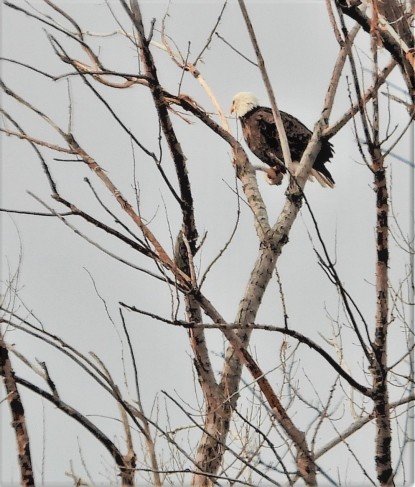 Her mate is never too far away.  They built their cozy home right at the lake edge, where Mama Eagle can watch Papa tend to the fishing.

Or, Papa can take over nest duty for a while if Mama needs to stretch her wings.

Yes, these are “beginner” photos, but I am finally getting the hang of balancing the exposure triangle in my favor 🙂 while fighting with the Nikon superzoom of nearly 3000 mm! which jiggles a bit at full extension. 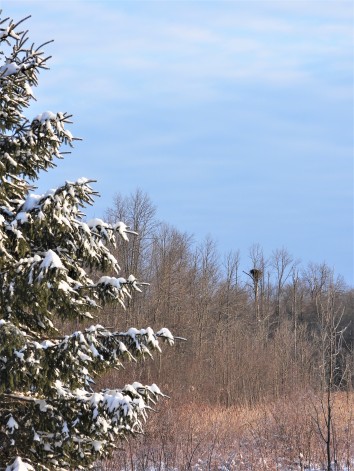 There is a second family of eagles nearby, located at the edge of another good fishing spot.  I suspect this may be an old beaver wetland, judging from the conical stumps poking up from the water.

This nest, like the one above, has been active for at least 2 years, probably more.

Bright sun works well with the p1000, or I should say the p1000 works well with bright sun.  Taking photos of eagles on a gray day produces brown blobs flung against an 18% gray background.  Very disappointing! 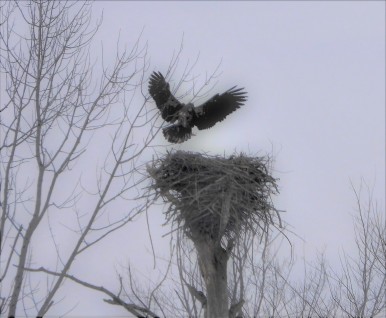 Anyway, nesting here wasn’t easy for this family.  There was an eagle equivalent of a bidding war that occurred between them and this young juvie who thought he could just jump right in and squat.

However, he was eventually convinced to look elsewhere for prime eagle property.  Perhaps he was outbid.  More likely he was chased away by two angry eagles. 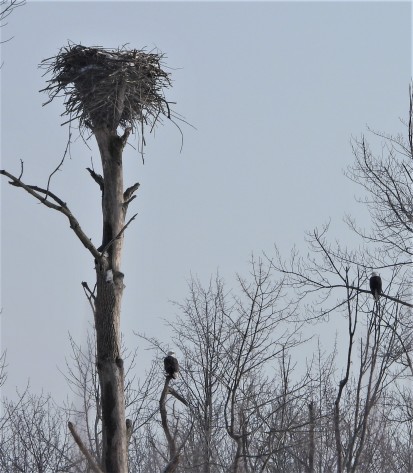 Everyone needs to get out of the house now and then. . .

This mama, too, is sitting on an egg clutch.

I’ve been trying hard with the p1000, but its awkward front-end heaviness at full extension makes things difficult.  At this point I have to keep the superzoom at 2/3 extended or less in order to avoid camera shake (and photographer shake, too).  This photo was only at 126 mm (calculated to 705) at a distance of about 1000′, which gives some detail, but I reallyreallyREALLY would like to get closer <sigh>.

This third eagle family was a big surprise to me.  I’ve been following a heron rookery in the swamp lands that lie between the Wayne County towns of Butler and Savannah for about a year now. 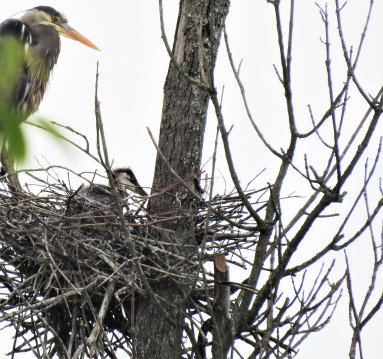 By October, though, they had mostly gone south, and the nests stood empty, awaiting the arrival of both spring and the herons. 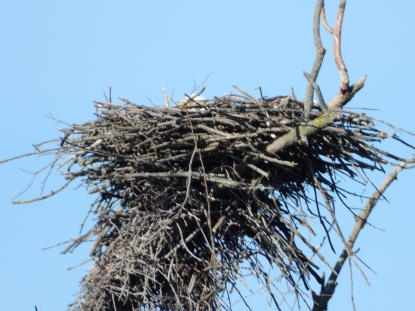 This year, though, an eagle family preceded the herons.  This eagle mama certainly has something in the oven.

And she’s a smart one.  Why go to all the work of making a nest when you can just borrow one that isn’t being used at the moment?

Look closely to see mama’s little white head. This time I used a tripod and mounted the p1000 on a Manfrotto 293.  Tied down securely with a velcro strap, I could place it at near full extension and got a decent amount of focus, even in the eye.  The bright sun was also a plus given the tiny sensor and the contrast focus points.

Anyway, the swamp is a great place to fish if you’re an eagle.  There’s no one there to bother them, except for some geese, a swan or two, and some ducks. Occasionally the fishing will attract an few osprey, but the eagles don’t mind.  By the time the osprey return, the eagles will have abandoned the nest, and neither heron nor osprey will be any the wiser. 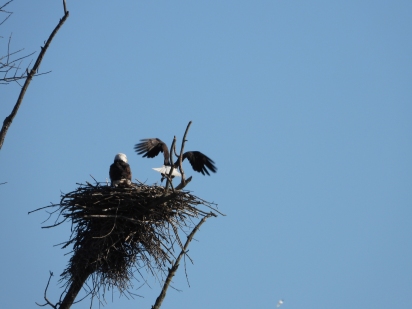 Oh-oh, mama’s getting cranky and needs a break, so she summons Papa.

There is a changing of the guard.  Papa agrees to sit for a while so mama can stretch her wings. 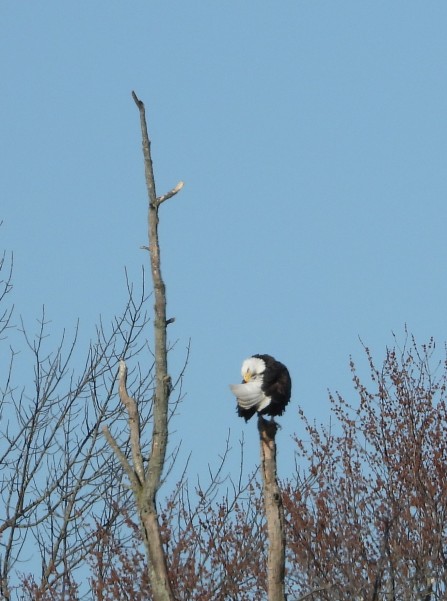 And it’s off she goes!

What a relief to scratch in places you just can’t reach while you are keeping a clutch of eggs nice and warm.

Again, it’s that Manfrotto 293 that keeps the p1000 still enough to get decent focus.